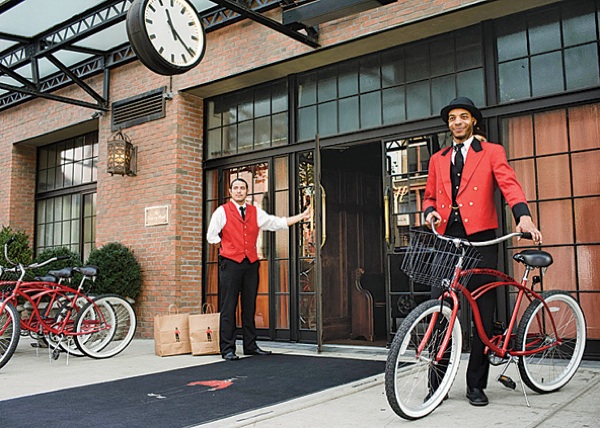 Here’s one recent trend that is sure to make the environmentalists all happy: Hotels from around the world are reporting that bicycle rentals are becoming more popular as of late. In other words, an increasing number of guests are now asking about bicycle rentals. It’s a clear sign that we as a society are becoming more responsible. With hotter summers, cooler winters, and more frequent super cyclones, it’s about time.

Of course, there are other reasons for this trend as well. Hotels are telling us that many guests are asking for bicycle rentals because a lot of people these days have become health conscious. Cycling lets them workout and burn those killer calories while on vacation, while seeing the city. It’s the natural and healthier way to stay in good health and shape. And it saves them time, too, because they don’t have to spend precious vacation time in the gym.

There’s a third reason, too. Cycling also allows guests to become intimate with the neighborhood and city. After all, you simply can’t see a city as closely in an automobile as you do from a bike. When you sit in a car, you just drive through and end up missing a lot of the details. Cycling through the city has become easier, too, in recent years, as there are often separate lanes for bikers. In fact, there are cities that now have entire streets and areas just for cyclists. The municipalities and civic authorities are asking residents and visitors to take up biking to reduce air and noise pollution, and make it a better place. Cities such as Amsterdam, Portland in Oregon, Boulder in Colorado, Copenhagen, San Francisco, Berlin, and Barcelona are all considered bike-friendly cities.

Hotels have noted this recent trend and are happy to oblige. Many of them offer rental bicycles to guests and even provide literature about nearby tourist attractions and business landmarks that can be visited on bike. However, it’s still a long time away when the number of guests asking for bicycle rentals is more than car rentals.

So, if you own or run a hotel in a bike-friendly city, offering rentals is a great way to make your property more desirable to guests.

One thought on “Bicycle Rentals Becoming a Popular Hotel Amenity”