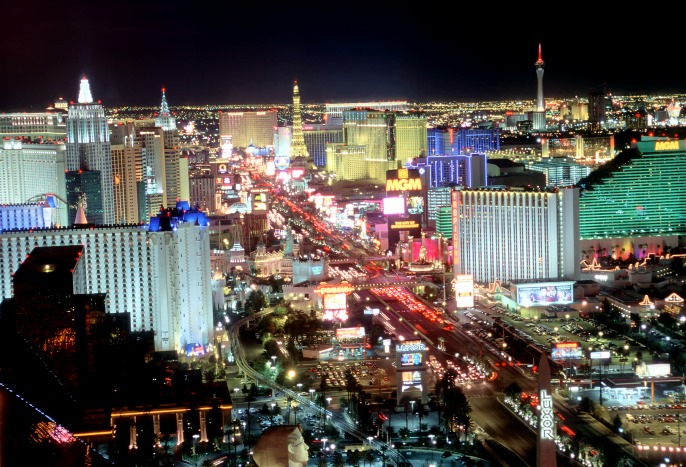 Although “what happens in Vegas stays in Vegas,” there is a lot to look at within the hotel industry in this party town. Despite the fact that, in 2012, nearly 40 million visitors graced the streets and halls of Las Vegas, the city is still trying to recover from dips in revenue while struggling to come up with new plans to bring in even more tourists and convention-goers.

The 150,000 guest rooms throughout Las Vegas haven’t been completely full since the recession began a few years ago. Deal upon deal is dealt to travelers as hoteliers tempt the public to come on out and have some fun. Smaller hotels away from the Strip and the major casinos such as the MGM; New York, New York; and even the Tropicana feel the pinch the most. They are finding that they need to bring the daily rate down so low that sometimes they don’t even turn a profit. This can’t go on for too long.

Of course, the good news is that Las Vegas’ overall occupancy rate is climbing. Since 2007, it has actually grown about 80%, putting Las Vegas well above the national average; however, more is anticipated and required. The majority of growth is actually due to an influx of traffic from surrounding states moreso than from convention-goers or tourists who book ahead through various sites, including ProntoHotel.com. The problem with this type of growth is that these travelers only stay in town for a night or two rather than the long haul. This will make for a slow recovery if Vegas can’t come up with a better plan.

If Las Vegas continues to add huge casino/hotels to its market, the smaller hotels will continue to suffer. It will take much longer for them to recover than the casinos on the Strip. The more rooms added to the market, the higher the potential for extremely slow growth. The bottom line is, if Las Vegas can’t bring in more conventions or tour groups that plan long-term stays, then recovery has the potential of being in hundredths of a percent rather than the much-wanted record highs of the early 2000s.